The Department of English and Comparative Literature
Jean Franco 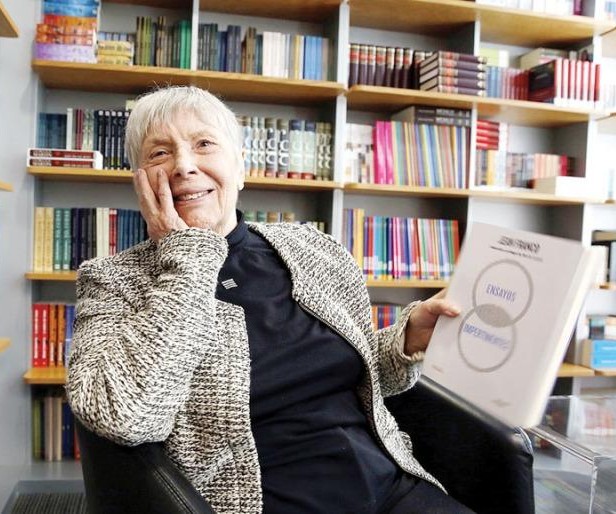 Professor Jean Franco was the first Professor of Latin American Literature in England. She was appointed Professor by the University of Essex in 1968 having previously taught at Queen Mary College and Kings College, London University. In 1972 she took up a position at Stanford University where she was later appointed to the Olive H. Palmer chair of Humanities. She has been at Columbia University since 1982, first in the Department of Spanish and Portuguese and later in the Department of English and Comparative Literature. She is now Professor Emerita.

Professor Franco is one of the editors of the Cultural Studies of the Americas series, published by Minnesota University Press, and is General Editor of the Library of Latin America series, published by Oxford University Press. She has been writing on Latin American literature since the early sixties. She has published The Modern Culture of Latin America (1967), An Introduction to Latin American Literature (1969), Plotting Women: Gender and Representation in Mexico (1989), and Marcando diferencias: Cruzando Fronteras (1996). A selection of essays, Critical Passions, edited by Mary Louise Pratt and Kathleen Newman was published in October 1999 by Duke University Press. Her book, The Decline and Fall of the Lettered City: Latin America and the Cold War was published by Harvard University Press in 2001 and was translated into Spanish as Decadencia y caída de la ciudad letrada in the collection, Debates. The book was awarded the Bolton-Johnson Prize by the Conference of Latin American Historians for the best work in English on the History of Latin America published in 2003. Plotting Women, Marcando Diferencias, and several chapters of Critical Passions and The Decline and Fall specifically focus on gender and the essays, “Killing Priests, Nuns, Women, Children” and “Gender, Death and Resistance,” have been reprinted on numerous occasions. She is at present working on racial discrimination in Latin America.