The Department of English and Comparative Literature
Amy E. Hungerford 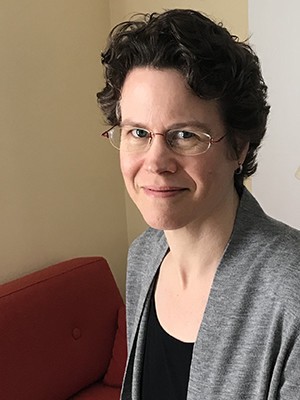 Amy Hungerford, the Ruth Fulton Benedict Professor of English and Comparative Literature, currently serves as Executive Vice President of Arts and Sciences and Dean of the Faculty of Arts and Sciences. A scholar of American literature, her first two monographs explore literary engagements with genocide and with religion in the 20th century. Her most recent book, Making Literature Now, examines how social networks—both virtual and traditional—shape contemporary writers’ creative choices and the choices we make about reading. Her current research and writing is about the sociable qualities of solitude. Ongoing work as co-editor of the post-1945 volume of the Norton Anthology of American Literature serves students around the country for whom it is a central course text; her popular, and
free, online course, “The American Novel Since 1945,” is enjoyed worldwide.

In the early 2000’s Prof. Hungerford was part of the founding collective for Post45, one of the first professional associations for scholars working in post-45 literary and cultural studies. She co-founded and was site editor of post45.org, an open-access journal publishing peer reviewed and general interest work in the field. As a graduate teacher, she has mentored a generation of scholars of 20th and 21st century American literature now serving in higher education, publishing, and secondary school teaching in the U.S. and U.K.

Prof. Hungerford joined Columbia after twenty years at Yale, where she headed a residential college and was most recently the Bird White Housum Professor of English and Dean of Humanities. In five years as Dean of Humanities she oversaw significant hiring across the division and led planning for a renovated Humanities building at the center of campus.

The Holocaust of Texts: Genocide, Literature, and Personification

Amy Hungerford
Back to Top