The Department of English and Comparative Literature
Andrew Delbanco 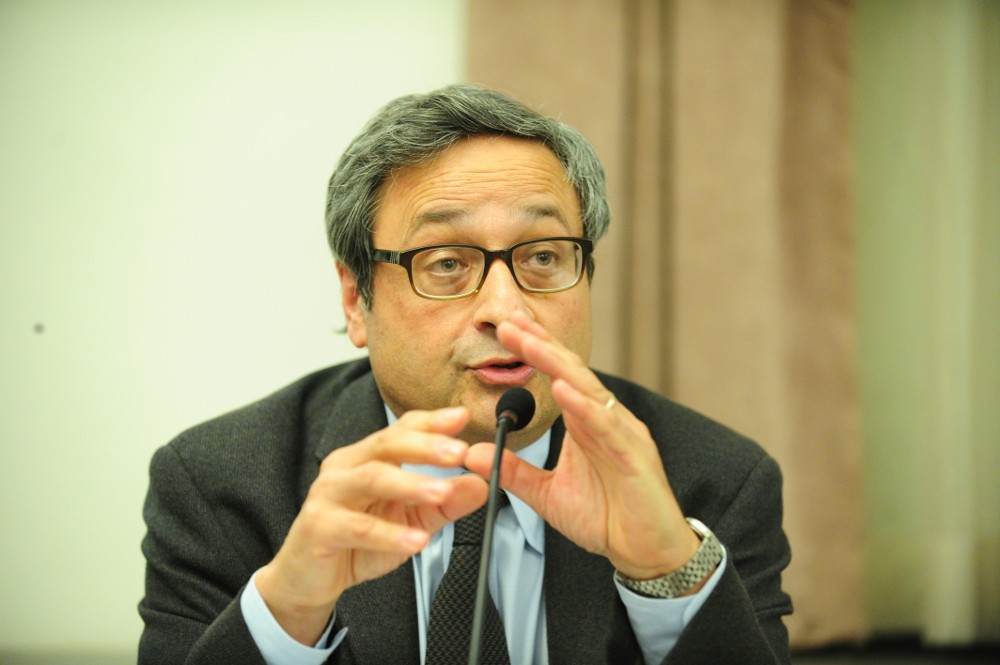 I can meet students at my Teagle Foundation office in midtown or, by appointment, in a shared office at the Center for American Studies in Hamilton Hall (319 Hamilton Hall)

Andrew Delbanco, winner of the Great Teacher Award from the Society of Columbia Graduates, is the author of College: What it Was, Is, and Should Be (2012), Melville: His World and Work (2005), The Death of Satan (1995), Required Reading: Why Our American Classics Matter Now (1997), The Real American Dream (1999), and The Puritan Ordeal (1989), among other books.  His work has been translated into several languages, including German, Spanish, Korean, Russian, and Chinese.

Professor Delbanco's essays appear regularly in The New York Review of Books and other journals, on topics ranging from American literary and religious history to contemporary issues in higher education. In 2001, he was named by Time Magazine as "America's Best Social Critic" and elected to the American Academy of Arts and Sciences. He is also an elected member of the American Philosophical Society, a trustee of the Teagle Foundation, the Library of America, and trustee emeritus of the National Humanities Center.

In February 2012, President Barack Obama presented Professor Delbanco with the National Humanities Medal for his writings on higher education and the place classic authors hold in history and contemporary life.

The War Before the War: Fugitive Slaves and the Struggle for America's Soul from the Revolution to the Civil War

Melville: His World and Work

The Death of Satan: How Americans Have Lost the Sense of Evil