The Department of English and Comparative Literature
Austin E. Quigley 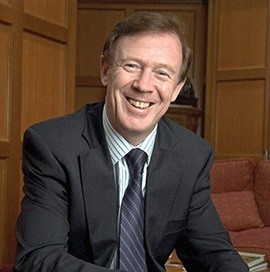 B.A., University of Nottingham (1967); M.A. (Linguistics), University of Birmingham (1969); Ph.D., University of California, Santa Cruz (1971). In 1990, Professor Quigley came to Columbia from the University of Virginia where he was department chair; he has also taught at the universities of Nottingham, Geneva, Konstanz, and Massachusetts. His interests are drama, modern literature, literary theory, and linguistics. Author of The Pinter Problem, The Modern Stage and Other Worlds, and Theoretical Inquiry: Language, Linguistics, and Literature, he has published articles mainly on modern drama and literary theory, and is currently writing a book on Modernism, Postmodernism, and the Drama. A past president of the national Association of Literary Scholars, Critics, and Writers and a former chair of the Modern Language Association's Drama Division Executive Committee, Professor Quigley served from 1995-2009 as Dean of Columbia College, chaired for several years the Lionel Trilling Seminar Series. In 2008, he received the Hamilton Medal from Columbia College, in 2009, the Great Teacher Award from the Society of Columbia Graduates, and in 2015, the Mark Van Doren Award for outstanding teaching. He currently chairs the Interdepartmental Committee on Drama and Theatre Arts. He has also served on the editorial boards of New Literary History, Modern Drama, and The Pinter Review.

The Modern Stage and Other Worlds

Austin E Qugley
Back to Top