The Department of English and Comparative Literature
Edward Mendelson 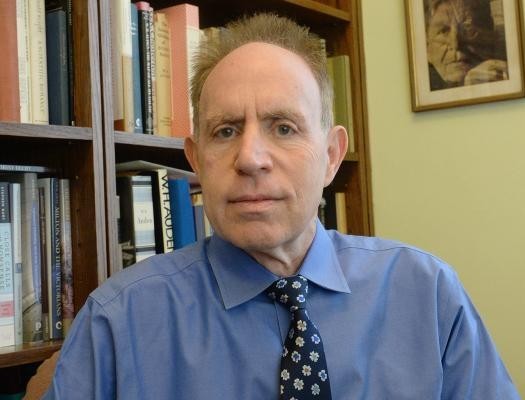 B.A., University of Rochester (1966); Ph.D., Johns Hopkins (1969). At Columbia since 1981, Professor Mendelson has also taught at Yale and Harvard. A recipient of American Council of Learned Societies, NEH, and Guggenheim fellowships, he is chiefly interested in 19th-and 20th-century literature, formal and social aspects of poetry and narrative, and biographical criticism. He is Auden's literary executor; his book Later Auden (1999) is a sequel to his Early Auden (1981). His book The Things That Matter: What Seven Classic Novels Have to Say About the Stages of Life was published by Pantheon in 2006. A new book on twentieth-century American writers will be published by New York Review Books in 2013. He has edited a volume of essays on Thomas Pynchon and, with Michael Seidel, Homer to Brecht: The European Epic and Dramatic Traditions. He has prepared editions of novels by Hardy, Bennett, Meredith, Wells, and Trollope, the first five volumes of a complete edition of Auden, and selections of Auden's poems and prose. His essays and reviews have appeared in the New York Review of Books,London Review of Books, TLS, the New York Times Book Review, and many other journals and collections, and he wrote an introduction for a new edition of Gravity's Rainbow. He has also written about computers, music, and the visual arts. He is a Fellow of the Royal Society of Literature and was the first Isabel Dalhousie Fellow at the Institute for Advanced Studies in the Humanities at the University of Edinburgh.

Edward Mendelson
Back to Top