The Department of English and Comparative Literature
James Adams 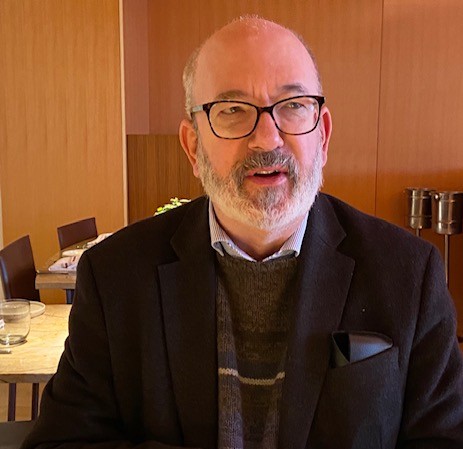 S.B., Literature and Mathematics, Massachusetts Institute of Technology (1977); B.A., Oxford (Rhodes Scholar, 1979); Ph.D., Cornell (1987).  James Eli Adams came to Columbia in 2009 from Cornell; he previously taught at Indiana University and the University of Rochester.  He writes on a wide range of Victorian literature and culture, but he is best known for his work on gender and sexuality in Victorian literature.  He is the author of Dandies and Desert Saints: Styles of Victorian Masculinity (Cornell, 1995) and A History of Victorian Literature (Wiley-Blackwell, 2009), each of which was named a Choice Outstanding Academic Book.  He co-edited, with Andrew Miller, Sexualities in Victorian Britain (Indiana, 1996), and served as general editor of the four-volume Encyclopedia of the Victorian Era (Grolier, 2004).  His essays, articles, and reviews have appeared in many journals and collections, including Victorian Studies, ELH, Studies in English Literature, Victorian Poetry, Journal of the History of Ideas, the Blackwell Companion to Victorian Literature and Culture, Concise Companion to the Victorian Novel, Contemporary Dickens, and Muscular Christianity: Embodying the Victorian Age.  He is a past Chair of the Executive Committee of the MLA Division for the Victorian Period, and a past President of the Northeast Victorian Studies Association.  From 1993-2000 he co-edited Victorian Studies, where he remains a member of the Advisory Board.  He is currently at work on a project entitled The Uses of Inheritance: Identity and Agency in Britain, 1789-1895.

A History of Victorian Literature