The Department of English and Comparative Literature
Ross Posnock 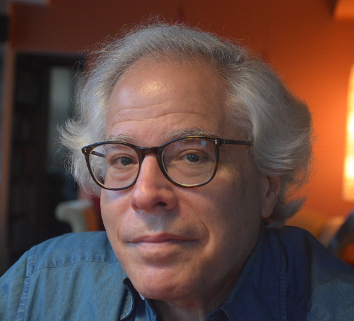 US and European Literature and Intellectual History of the 19th- and 20th-Century
Pragmatism
Henry James
William James
W.E.B Du Bois
Aestheticism
US Postwar Visual and Literary Culture
20th and 21st Century
Philosophy, Aesthetics, History of Ideas, and Sociology of Knowledge
American and the Americas

B.A. Kenyon, Ph.D. Johns Hopkins. Professor Posnock was Andrew Hilen Professor of American Literature at the University of Washington before teaching in the English department at New York University from 2000 to 2004. His books include Henry James and the Problem of Robert Browning (1985, University of Georgia Press); The Trial of Curiosity: Henry James, William James and the Challenge of Modernity (1991, Oxford UP); Color and Culture: Black Writers and the Making of the Modern Intellectual (1998, Harvard UP); The Cambridge Companion to Ralph Ellison (editor, 2005); Philip Roth's Rude Truth: The Art of Immaturity (2006, Princeton UP); Renunciation: Acts of Abandonment by Writers, Philosophers and Artists (2016, Harvard University Press). Renunciation was named a Times Literary Supplement Book of the Year, 2016 and a Choice Outstanding Academic Title of 2016, and was on the Shortlist for the 2017 Christian Gauss Award, The Phi Beta Kappa Society. From 1998 to 2017 he was series editor of Cambridge University Press Studies in American Literature and Culture and is a contributing editor of Raritan and American Literary History. In 1994 he was awarded a Guggenheim Fellowship. In 2009 he was elected to The American Academy of Arts and Sciences. He is currently writing a book about American sophistication and the fear of art in the 1920s, 1950s and now.

Renunciation: Acts of Abandonment by Writers, Philosophers, and Artists

Color and Culture: Black Writers and the Making of the Modern Intellectual

Ross Posnock
Back to Top