The Department of English and Comparative Literature
T. Austin Graham 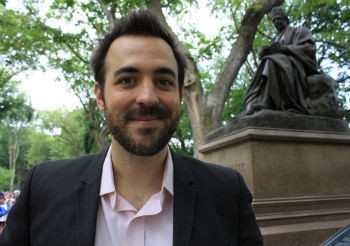 Austin Graham specializes in nineteenth and twentieth-century American literature, with an emphasis on modernism. He received his B.A. from the University of Virginia, and his Ph.D. from the University of California-Los Angeles. He is the author of The Great American Songbooks: Musical Texts, Modernism, and the Value of Popular Culture (Oxford University Press, 2013), and is presently writing a study of U.S. historical fiction and the phenomenon of historical ignorance. His work has appeared in ELH, American Literature, American Literary History, New Literary History, and other venues. He has been awarded fellowships by the National Endowment for the Humanities, the American Council of Learned Societies, and the American Academy of Arts and Sciences.

The Great American Songbooks: Musical Texts, Modernism, and the Value of Popular Culture