The Department of English and Comparative Literature
Bruce Robbins 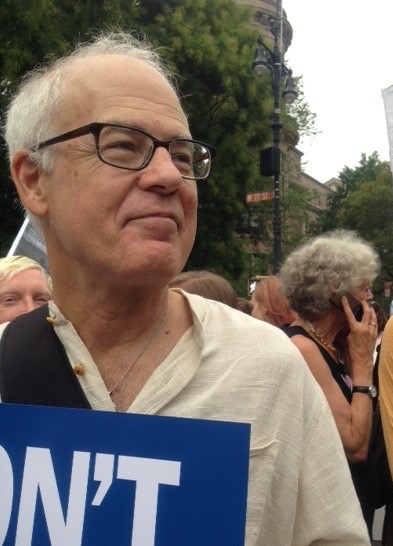 B.A., Harvard (1971); M.A., Harvard (1976); Ph.D., Harvard (1980). Bruce Robbins works mainly in the areas of nineteenth and twentieth century fiction, literary and cultural theory, and postcolonial studies. His latest books are Cosmopolitanisms, co-edited with Paulo Horta, which was published by NYU Press in July 2017., and The Beneficiary,  published by Duke UP in December 2017. He is also the author of Perpetual War: Cosmopolitanism from the Viewpoint of Violence (Duke, 2012), Upward Mobility and the Common Good: Toward a Literary History of the Welfare State (Princeton, 2007), Feeling Global: Internationalism in Distress (NYU, 1999), Secular Vocations: Intellectuals, Professionalism, Culture (Verso, 1993) and The Servant's Hand: English Fiction from Below (Columbia, 1986; Duke pb 1993). He has edited Intellectuals: Aesthetics, Politics, Academics (Minnesota, 1990) and The Phantom Public Sphere (Minnesota, 1993) and he has co-edited (with Pheng Cheah) Cosmopolitics: Thinking and Feeling beyond the Nation (Minnesota, 1998) and (with David Palumbo-Liu and Nirvana Tanoukhi) Immanuel Wallerstein and the Problem of the World: System, Scale, Culture (Duke, 2011). He was co-editor of the journal Social Text from 1991 to 2000. In 2013 he directed a documentary film entitled Some of My Best Friends Are Zionists. His short documentary "What Kind of Jew Is Shlomo Sand?" was released by Mondoweiss in the spring of 2020. He is working on a book on representations of atrocity and another book on criticism and politics.

Bruce Robbins
Back to Top